Ру
Mayak — Omsk starts with us

Mayak Hotel is located in the center of business activity and culture of Omsk, at the confluence of Om and Irtysh. This place is also the historical heart of the city — in 1716 the first Omsk fortress was laid here. Our guests appreciate the convenience of the location of the hotel, since all the major companies and government offices are located within walking distance from Mayak, as well as the most popular and beautiful holiday destinations (theaters, museums, bars, restaurants, coffee houses, etc.). 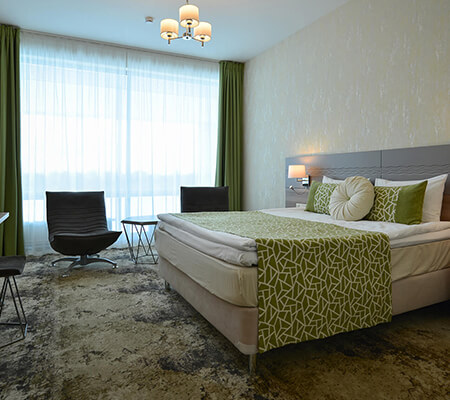 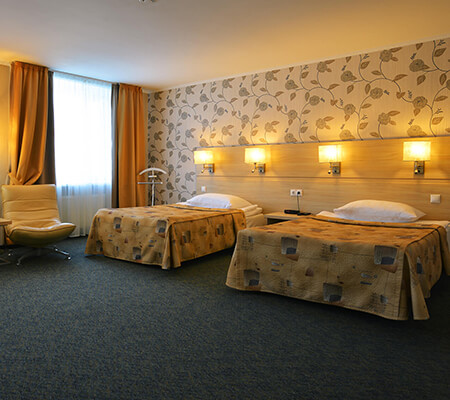 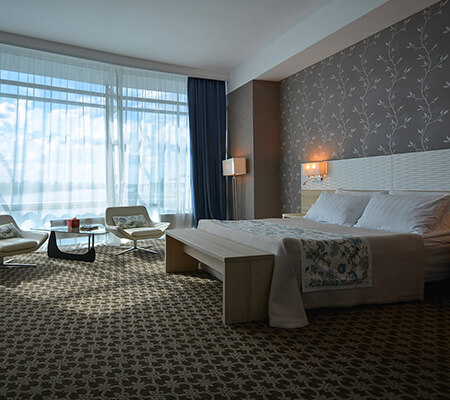 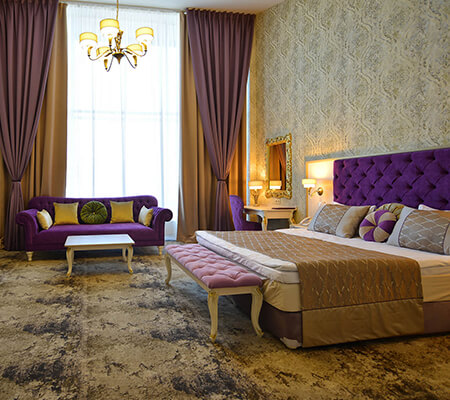 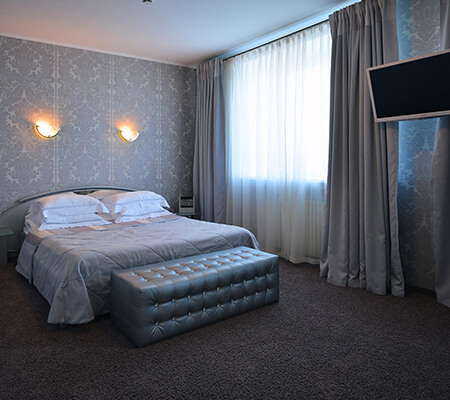 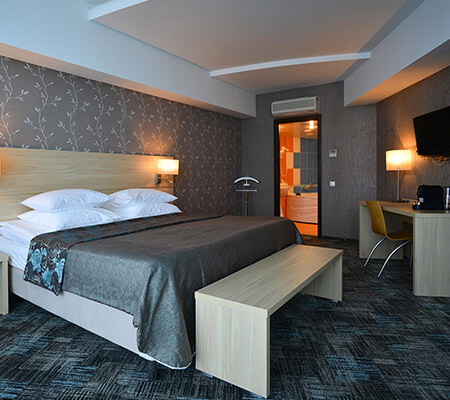 Academic Drama Theater. The building of the Theater is an architectural monument, built in the style of the Siberian baroque in 1905.

Musical Theater. Omsk State Musical Theater has its history since 1947. The new theater building was received in 1982 — 35 years after its opening. The thematic range of the theater's creative repertoire is extensive. A great place is occupied by performances created on the basis of Russian literary classics.

Museum of Fine Arts named by M. A. Vrubel

Museum of Fine Arts Museum named after M.A. Vrubel. Omsk Regional Museum of Fine Arts named after М.А. Vrubel is one of the oldest museums in Siberia, which in 2009 celebrated its 85th anniversary. The museum has the largest art collection beyond the Urals — more than 27 thousand exhibits, many of which are of world importance. They are works of foreign and Russian art from antiquity to the present day. The museum’s collection has unique monuments: “Flowers” panel of MA. Vrubel; collection of works by A.G. Yavlensky; watercolors by Bezan Hirasawa, the Japanese artist of the late 19th century; gold of the Scythian-Sarmatian period; Faberge products; works of the Ural stone-cutters and much more.

House of Kolchak. The mansion of the merchant Batyushkov was built by the merchant Batyushkov in 1901-1902. In 1919 there was the residence of Alexander Kolchak, proclaimed the Supreme Ruler of Russia by the White movement. Kolchak declared Omsk as the capital of Russia. The building suffered from an explosion within the unsuccessful attempt to assassinate Kolchak. Currently Vital Records Office of the Central District of Omsk is located in this building.

Monument to the plumber Stepanich

Lyuba Statue. Lyuba Statue is installed in the center of Omsk. The statue is dedicated to the wife of Governor Gustav von Gasfordt whose name was Lyuba. She died in the middle of the 19th century shortly after her marriage. Lyuba entered the history of the city by the fact that the first grove in the city was named in her honor, Lubinskaya Grove, cut down in several decades.

Tarsk Gates. Tarsk Gates, one of the four gates of Omsk fortress, were on the northern fortress line and were made of bricks. They were built in 1792, about which there was a memorial plate over the archway. The writer F.M. Dostoevsky, who did hard labor in the Omsk convict prison, was transported through those gates on January 23rd, 1850.

In July 1859 in this house, visiting the last commandant A.F. de Grave, was visited by the writer FM. Dostoevsky. The central part of the museum exposition is devoted to its life and work, and – above all – the Omsk period (1850-1854). Convicted of participating in the Petrashevsky, F.M. Dostoevsky spent four years in Omsk penal servitude. In the basement of the museum, the chamber of Omsk prison of the middle of the XIX century is reproduced. The interior of the prison barracks gives an idea of the conditions of penal servitude.

Located in the historical center of Omsk, the Hall of Organ and Chamber Music has a difficult fate. The architectural complex, the construction of which began in 1906, included the hotel, the Public Assembly, and the Crystal Palace movie theater, which in 1922 became known as the Artistic. This complex has always been located in the very center of Omsk's cultural and social life. For decades, “Khudozhestvenny” was one of the favorite movie theaters in the city, premieres of the best domestic and foreign films were held here, film festivals and performances by musical groups and artists were held. In 1940, an orchestra began to play in front of film screenings, and a concert bureau was opened on the fourth floor, from which the Omsk Philharmonic Orchestra originates.

The building of the Concert Hall was built in 1967 by the architect Albert Karimov. It was conceived as a combined complex for movie rental and organizing concerts of the largest creative groups in the region and the whole country as a whole. The new hall had not only a record number of seats in the city — 1200, but also the largest screen, a wide stage and a special acoustic solution that could fit into this complex.

Museum of History and Local Lore

The history of the Museum originates in the late nineteenth century. Then, on June 8, 1878, the Minister of internal Affairs the General-adjutant A. E. Timashev approved the "Regulation on the West Siberian Department of Imperial Russian Geographical society", according to which the Department was established Museum, in the Omsk Irtysh region.

At its origination were outstanding scientists, travelers, explorers of Siberia and Asia: I. F. Babkov, G. E. Katanaev, M. V. Pevtsov, I. Slovtsov, N. M. Yadrintsev. A special role in the creation of the unit, and then the Museum was played by the Governor General of Western Siberia N. G. Kaznakov, which had significant support on the first stages of its existence.

Omsk fortress is a watch fortification of the Siberian line, built in the XVIII-XIX centuries to protect the southern borders from raids by nomads. With the construction of the first fortress, erected in 1716 in the form of two redoubts, the history of the city of Omsk began. Thanks to the presence of the fortress, Omsk became the main city of Western Siberia.

The Resurrection Military Cathedral is the first stone church in the city of Omsk. The cathedral was laid in the center of the second Omsk fortress on June 8, 1769. The church was built for four years. By the autumn of 1773, the construction of the temple was completed, and an iconostasis was installed inside. In 1773, the first three thrones were consecrated in the name of St. Sergius of Radonezh, the Savior Resurrection of Christ and in the name of the Holy Great Martyr Catherine.

Lubinsky Prospekt is one of the most beloved and busiest streets in Omsk. For the holidays, it is on this street that various concerts and other events are organized.

A monument to Lyubushka was erected on the avenue, after which the avenue was named. The story of the name of the prospectus is romantic and sad at the same time. Previously, there was a grove on this place, which was laid here by the Governor-General of Western Siberia Gasford, and local residents called it Lyubinsky — on behalf of the governor's wife, Lyubov Fedorovna. Later, on the site of the grove, they began to build stone houses with shops on the lower floors. Thus, the grove was gradually cut down, and buildings replaced it.

On the avenue was built the Rossiya Hotel, a restaurant, a cinema, trading houses of the Ganshin and Ovsyannikov brothers (now the modern building of the Medical Academy), and Morozov’s store.

-15% Discount for the rooms
in the Om building book now